Christmas and family time is often a time when you can do things you would never do before. For example, I often had so many choir performances in my childhood and adolescence in December that I like to use the time after Christmas to do nothing. That was the week of the year where I could really relax. Today it’s more baking that fascinates me at and around Christmas. Especially connected are my parents and generally my family with Scandinavian traditions. That’s why I sat down once and translated all the recipes from Danish and Swedish, which I know and love since my childhood.

There are some companies from Sweden that are known worldwide. Unfortunately, this does not apply to their pastries, which are known for the courageous use of spices such as cinnamon, cardamom or caraway.

It is indeed true that in recent weeks I have been to a Swedish furniture store due to our still relatively young apartment, and there the cinnamon buns have been sold out for weeks due to the Christmas season. That surprised me a lot, but on the other hand, not so bad. In fact, nowhere in the city can you buy cinnamon rolls from the bakery. I have researched this extra for our blog post. In a few shops, there are raisin slices or “Franzbrötchen” (That’s a danish similar to a croissant but with another kind of dough. A traditional Franzbrötchen (“french roll”) has  a cinnamon filling, so it is kind of a cinnamon roll from Hamburg, Germany – you can find the best of them in Hamburg), but that’s just not the same thing.

That’s why I think it’s a great pity that only a few Swedish dishes or sweets from Sweden are known in Germany or even outside of Sweden. On the one hand, Swedish cuisine is easy to implement and, on the other hand, it is bold with spices and aromas. Everything is a wonderful taste explosion in the mouth.

It will probably seem strange to some of you, but I’m really not a fan of German gingerbread. Gingerbread, that’s not my cup of tea. And neither do I like most Christmas cookies. I’d rather eat clementines and real nuts than vanilla crisps and pepper nuts. There is only one exception and I must confess: I received this recipe myself – as a 3-year-old in a Swedish amusement park, where there was a baking campaign. My parents could not believe that there was a cookie I liked. so they asked very nice, if you could write down the recipe.

Not only for Christmas

In fact, these cookies are not just for the Christmas season, but for the whole year. The Swede likes to make coffee parties, there Fika called, and instead of cake can also be times gingerbread on the table. At the Festival of Lights in December, you can even have breakfast with a glass of milk and butter to polish, but you can also eat it well with coffee or glögg.

Traditionally, these biscuits usually have heart shape, but at Christmas they are also available as pork or Julibock. I have decided quite modern for a star shape.

In itself, this recipe is very easy to make and also tastes very good outside the Advent season. Especially in winter, the spicy, crispy biscuits are a treat.

Just baking with the family can be a nice occupation until the showering or family party and distract the kids from looking for Santa Claus who is preparing the presents. So my brothers and sisters and I were held out in our childhood.

Preparing of the dough

There have been many experiments and variations over the years, here my favorite: boil syrup and sugar. Meanwhile, put the butter and spices in a bowl and then pour over the hot mixture and stir well. Everything should be dissolved. Then allow to cool slightly and add flour. Knead until a dough is formed. Form the dough into a ball and let rest for one hour.

Important for the cookie baking in general is that you should always use always cold surface. Still warm sheets from the oven can quickly lead to coupled cookies.

When actually cook out cookies, roll out the dough very thinly. It is important not to spread too much flour on the dough. This does not look good and tastes rather mau. When baking, you should note that you need enough plates, because for these biscuits is important that the sheet is cold, so it is best not to take directly on the stove. bake at 200 degrees for 5 to 8 minutes on a medium rail and stay at the oven best, because the thinner the cookies, the faster they are finished and also taste better in my opinion.

In pictures it always looks so effortless, but glaze for pastry is a separate topic in itself.

Who says now: And what about the Plätchenverziehrung, I can calm down. The lazy ones can work with sugar in white, that worked surprisingly well in our test kitchen. But actually, this glaze worked better than the non-vegan Royal Icing made from egg whites. My husband had 5 or 6 tries and never was the consistency really good for biscuit icing. It was more like a glaze for immersion, z. For example, for pepper nuts or cinnamon stars or cinnamon rolls, if you like sugar shock.

That’s why I share with you this recipe that has worked much better. The only drawback: some taste the chickpea water taste out. This can be prevented very well by working with a desired aroma. I have z. B. orange extract added. It did not stain the glaze and it tastes very good with the Swedish gingerbread.

Rezept for a large portion of glaze

Drain the chickpeas. From which one can then z. B. make great humus. The Aqua Faba, so chickpea water in a small saucepan and simmer on low heat until you have about 100 ml. So it is more concentrated and binds better. We had some attempts, believe me. Before you continue to work, let the Aqua Faber cool down a little and then add 2 teaspoons lemon juice and the flavor to taste, about 1/2 teaspoon in a mixing bowl and mix well.

Last but not least we come to a popular tradition in the southern neighboring country, which I know since my childhood. Since I was a weekend boy when I was a child and so visited Denmark, that I honestly could not count at some point, this little Danish tradition is one of them.

I mean, rice pudding is something nice. But if you do not know the dessert ris á l’amande or almond milk rice, you’ve definitely missed something. The dessert is exciting not only in terms of taste, but also because there is a nice tradition to it. This almond milk rice is served in a large bowl with hot cherries. The rice pudding hides a single whole almond. Anyone who finds these is promised happiness in the following year and he also receives a small gift, the sogrannate almond gift. So a bit like the tradition with the cucumber tree decoration in the Christmas tree and the little present for the one who finds it first. There was a year when there was genarsch in our home because my mother had forgotten to sink the whole almond. So please do not forget this little detail in the recipe.

Why this recipe found to me, is told quite quickly. Not only did we travel to Denmark often, but my parents also learned Danish in an evening class. There they learned Danish from a native speaker, and then quite quickly such Danish traditions came up, which were then simply adapted at home.

For the cherry sauce

We need a big pot in which we boil the water. Boil the water, add the rice pudding and cook for about 4 minutes, stirring occasionally. Then milk, the scorched pith of vanilla pod and the sugar are added. If you like even more intensive vanilla flavor, you can also add the vanilla pod during cooking.

Boil everything again. Then swell for a further 30 minutes at low heat and stir regularly. If that succeeds, you can let the milk rice cool down and transfer it into a large bowl.

This is just the basic recipe for rice pudding in the Danish style. You can eat it with butter and cinnamon and whipped cream, if I remember correctly. But now we come to what makes this Christmas special.

Then finally add the chopped almonds in the rice pudding and of course not all the almonds and the small gift, the almonds added. I actually recommend doing this while the rice pudding is still relatively warm, because that gives it a very special taste. Last but not least, you have to beat whipped cream until stiff and fold it in as well – the rice pudding should then be cold.

It does not necessarily have to be the traditional cherry sauce. In this dish, you can have a good time and let off steam. My favorite is actually pear cinnamon compote. But traditionally, it’s cherry sauce that’s enough. One can implement this basic recipe for the sauce, however, well with any fruit. It is suitable both fresh fruit and canned fruit.

The cherry sauce can be prepared in advance, but should be served warm – it tastes very good in contrast to the cold rice pudding. So please never just cherry sauce over it. Of course, you can also buy ready-made cherry sauce, egg-hungry, there are often in this country to buy. But it is simply not necessary, because making cherry sauce is vegan and very easy.

First, let the shadow morels drain. Then take 4 tablespoons of the drained cherry juice and mix the cornstarch with a small whisk. The remaining drained cherry juice is boiled with sugar and then added the cornflour to thicken the whole thing. Last but not least, the cherries are added.

Although the sauce is of course very traditional, I have often tried out playful variations like pear-cinnamon or peach-vanilla. Sauces are really easy and you can work both with preserved fruit and fresh, so you can really let off steam here, creatively and free to taste. 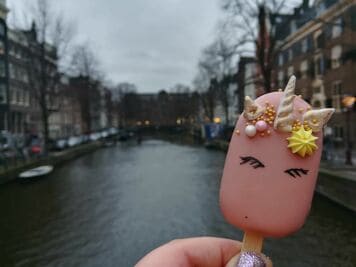 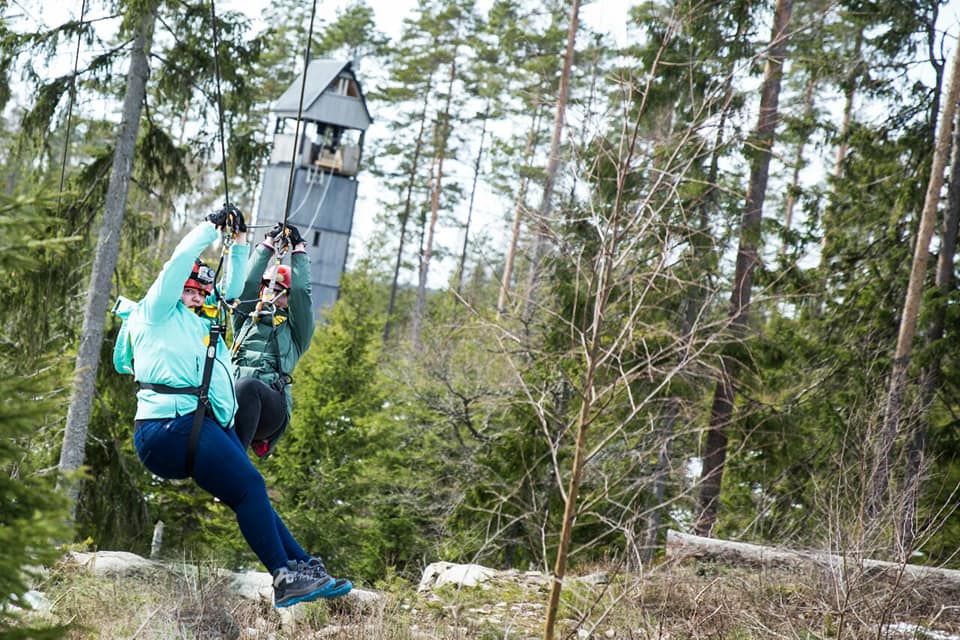 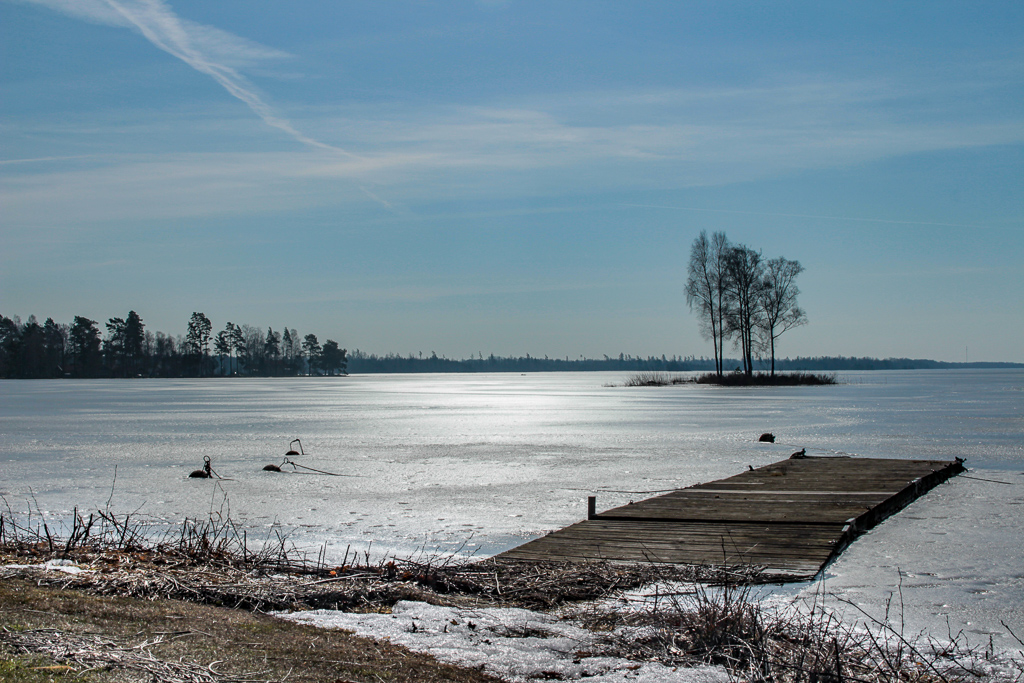 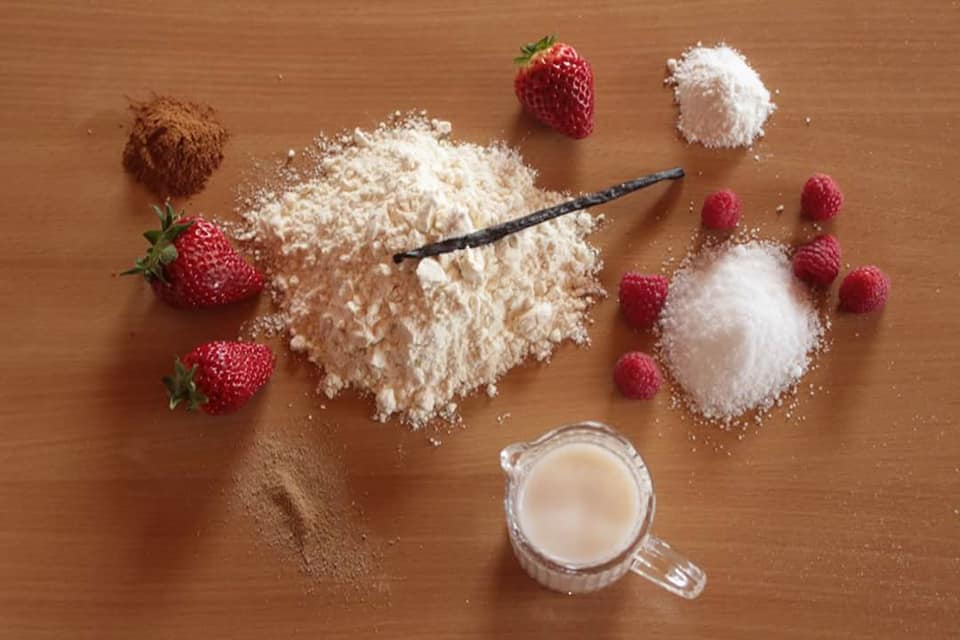 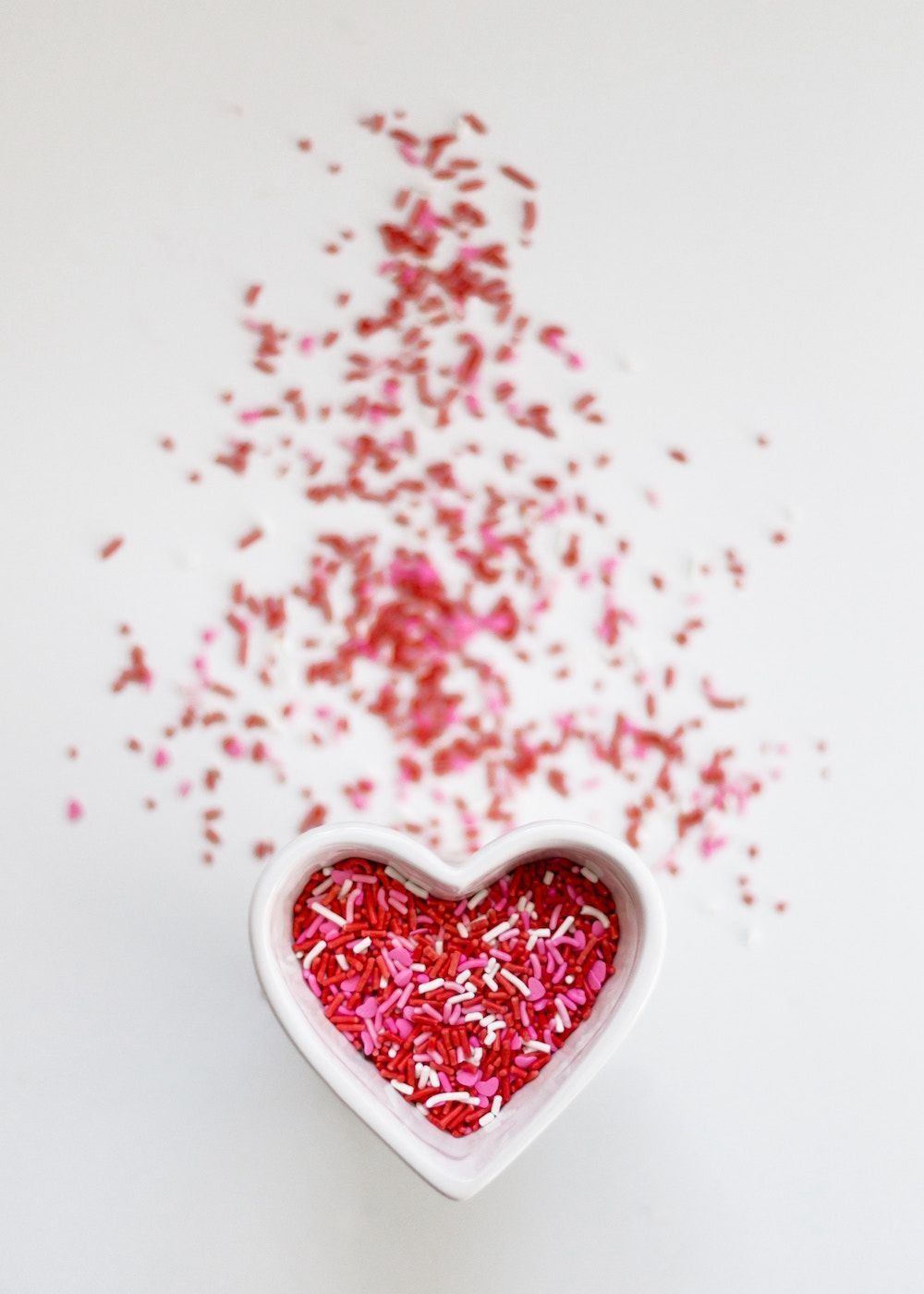 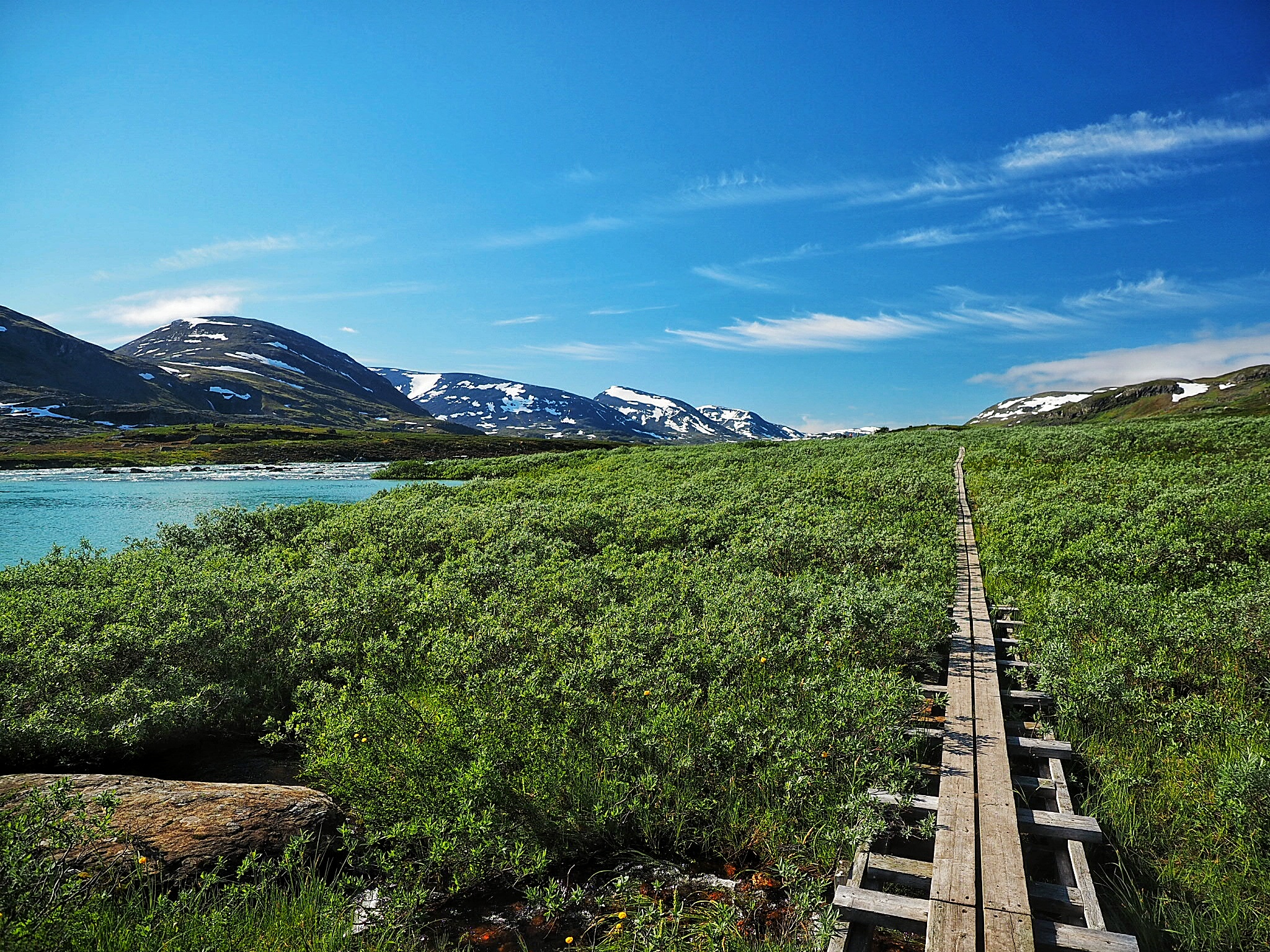