Working at the maldives – how to emigrate

What brings a young woman to emigrate to the Maldives in her early 20s. She probably moved there with great love. Or maybe because she dances so much. The Maldives are a dream. Every time I am in the Maldives, I am thrilled with the colors. Everything is stronger somehow there. The bright blue of the water, the white sandy beach, the green bushes and even the color of the sky is stronger. Like amplifying the contrast in the photo. But the Maldives are mainly a place for honeymooners. There are probably differences, but the islands are not very big. There are not many retreats or attractions on site. A young girl in the best party years alone in the Maldives? I had to learn more. I talked to Janina Eckelmann, 26, from Buchholz in the North Heath, currently working on the small island Amari Havodda., About 800m long. She has been living in the Maldives for more than 5 years (with an interruption of 2 years).

Dear Janina, what is your professional background?

I did my apprenticeship as a hotel manager in the European Hof Hotel in Hamburg. Actually, I wanted to study. And actually I really wanted to go to Spain. That was my big dream and I thought, after the training I go over first.

How did it come that you decided to emigrate to the Maldives?

Sometimes it just happens differently than you think. There was an agency that had recently launched Maldives into the program. I was their test object so to speak, because they offered me a job as a trainee for a year at Conrad Magali Island (Hilton). I did not think long. I hit right.
After the internship, I immediately got a two-year contract as Sales Coordinator.

I was overwhelmed by the whole beach, water and the location. It was unbelievably beautiful and I had never seen anything like that before. But at the same time the fear came. There were only English speaking staff and I only had English at school. It worried me a bit.
After three years you left the Maldives and the Conrad. Was that boring for you then or why was it?
My contract expired and I thought I should go back home. So I returned. I then worked for a tour operator. But my heart so longed for the Maldives. Despite friends and family, I was just not ready to stay in Germany.

After three years you left the Maldives and the Conrad. Was that boring for you then or why was it?

My contract expired and I thought I should go back home. So I returned. I then worked for a tour operator. But my heart so longed for the Maldives. Despite friends and family, I was just not ready to stay in Germany.

So you had a wanderlust. What happened next?

The opportunity presented itself and I got an offer from the Amari hotel chain to go to the Maldives. The hotel was opened two years ago. A headhunter from London contacted me. We did an interview directly and the same day I already got word that I had the job. Not even a month later I was back on the Maldives.

What are you doing here at the hotel?

I work in sales. I mainly take care of the German customers. It is very much building relationships with the Germans. I keep explaining new and special offers and sometimes I’m lucky enough to accompany the journalists, as now with you. Of course that makes you crazy

As a young, pretty woman it is also a challenge to get easy things on the island. If your mascara is empty  you can not just go to the drugstore. Then always have to go to an island. How you do that?

Some online shops also ship to the Maldives, but they are really few. I try to cover myself when I’m in a big city. And what I do not have is just bad luck. This is also clear. Once I kindly got a cream from a colleague. I had no night cream and could not order anything at short notice. After a few days, I realized that my skin was somehow getting duller. I wondered if maybe I was ill. After almost two weeks, it was really scary. Face white and the rest brown. Then I came behind it. My colleague was Asian and had a special, Asian cream that bleaches the face. We really laughed a lot. Those are just things that can happen here.

Will you work here until the end of your life?

I could, but I have to make the jump someday. I would like to start a family. Not now, but in the future. That is not possible here. It’s just not the right location to build a family environment. Also, the search for a partner is rather difficult. Most people who choose to work here (long-term) have decided against a family. At the moment, I love it the way it is and would not trade it at any price in the world.

How is it with love? Have you ever fallen in love with a guest?

No, thankfully not (laughs). It is more of a honeymoon destination and then come mainly couples.

Love drama between you and a colleague?

Thank God that too. I have always held back because you always squat on the island. Such a relationship on such a small island is not easy.

Can you think of a funny story spontaneously?

It was really funny. There was an underwater restaurant in the Conrad. Suddenly two Asian guests stood in front of me in full diving kit. With snorkeling, their tippers had already put on a wetsuit and glasses on. I tried to make them aware that there was access to diving here. But they always showed on the table. At some point we came to the conclusion that the two wanted to eat in the restaurant and thought, since it was an underwater restaurant, you have to prepare well.
Basically, I could tell countless stories. Such as. like some couples, newly married and very intimate. And after two weeks, they get on the plane separately. There is no trace of falling in love. More like divorce lawyer. Or, one time, a bride in anger just threw the wedding ring into the water. The staff had to dive the whole lagoon. Whenever I get bored, I write a book.

Many thanks for the interview Janina.
It is always fascinating to find out what drives a person to emigrate. Especially the Maldives are very special. We are curious to see where Janina will soon be heading. 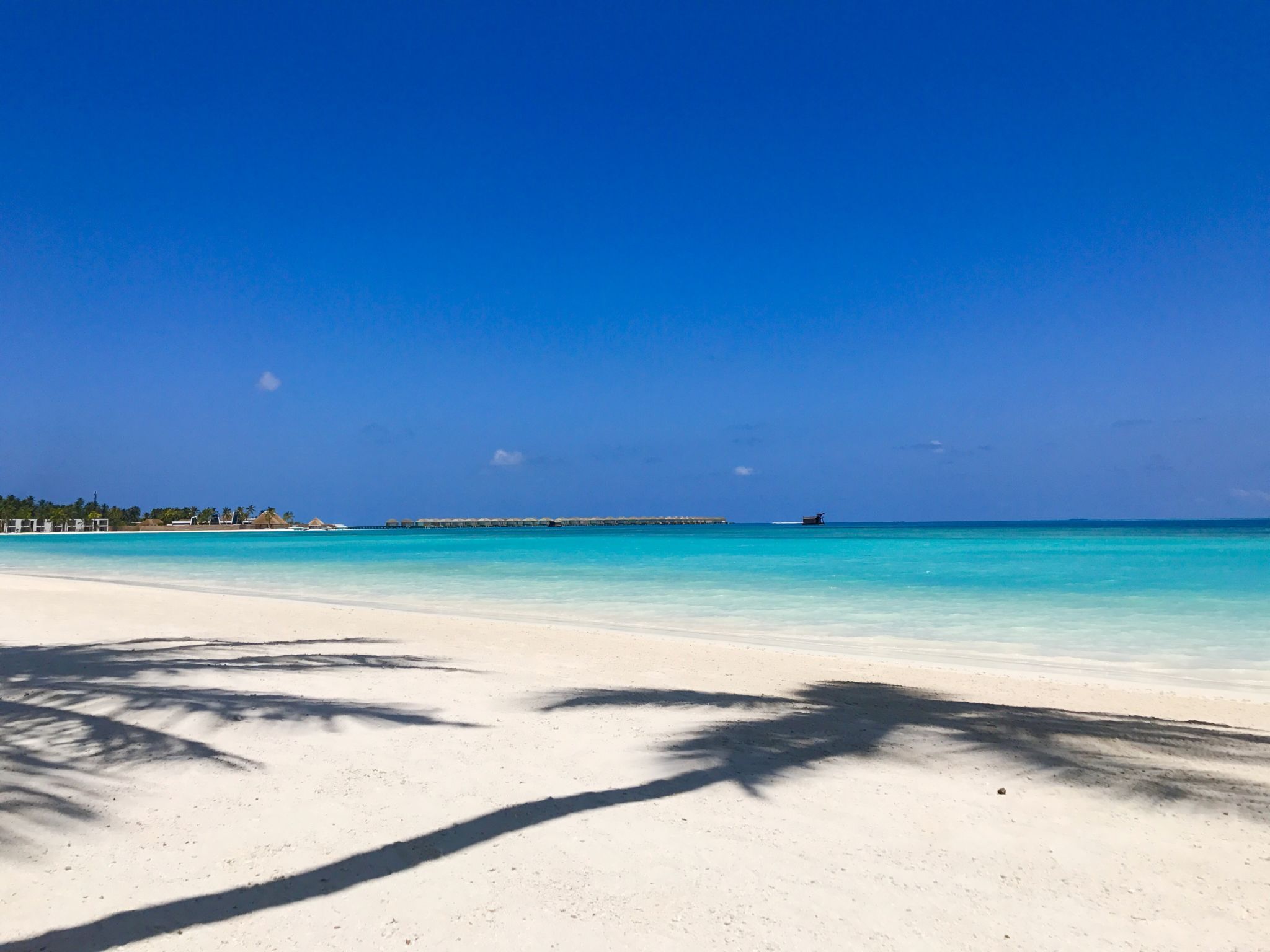 5 Destinations to escape the Winter

Welcome to the WONDR Experience